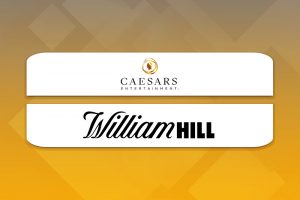 US casino giant Caesars Entertainment, Inc. on Thursday completed the acquisition of British bookmaker William Hill in a £2.9 billion ($4 billion) deal that cleared its last hurdle earlier this week.

The deal was originally announced last September when William Hill picked Caesars’ offer over a rival bid from US private equity firm Apollo Global Management. As mentioned above, the proposed acquisition overcame one final hurdle a few days ago when the High Court in the UK gave it the go-ahead to close on April 22.

The court, which held a hearing on the takeover in late March, delayed its ruling by a few weeks after several hedge funds holding stakes in William Hill submitted letters to its board of directors, arguing that the bookmaker had failed to disclose “potentially material” information about the deal ahead of the November shareholder vote.

In his ruling, Judge Alistair Norris said that deal documentation contained “sufficient information” for William Hill stakeholders to “make an informed decision upon the question presented in the scheme.”

What’s Next for the Enlarged Group?

Caesars said Thursday that the addition of William Hill gives it the ability to maximize the opportunities within the US sports betting and online casino space. The enlarged group currently provides sports betting services in 18 states, in 13 of which it offers mobile wagering.

Caesars further noted that it expects to be operational in 20 jurisdictions with legal sports betting by the end of the year.

The recently completed takeover further expands the reach of the casino operator’s loyalty program, Caesars Rewards, by providing William Hill customers with access to said program and the ability to earn tier status that they can use at all of Caesars’ land-based and online properties.

The acquisition of the British bookmaker also enables Caesars to provide a single-wallet offering of wagering and digital gaming products within the group in the future.

The casino powerhouse confirmed on Thursday previously announced plans to offload William Hill’s non-US operations once it closes its takeover. The British gambling firm is the third largest sports betting operator in the US and its new owner plans to focus its attention on further growing its footprint.

However, Caesars has apparently started looking for buyers for William Hill’s UK retail and online operations as well as its international online gambling business. Several potential buyers have already expressed interest in acquiring the bookmaker’s non-US arm, with Apollo and gambling operators 888 and Entain being few of those.

It also became known Thursday that changes have already begun at William Hill US where its long-time CEO, Joe Asher, has stepped down from the role. Gaming news outlet CDC Gaming Reports broke the news.