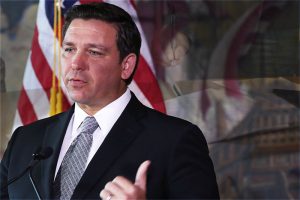 Florida and the Seminole Tribe on Friday announced a 30-year gambling compact after years of failed negotiations between the involved parties. The agreement clears the way for sports betting in the state and for craps and roulette at tribal casinos.

The deal will see the Seminoles make annual payments of at least $500 million to the state over the first five years and contribute billions more dollars to Florida’s economy over its term.

Under the terms of the newly sealed compact, the Seminoles would be allowed to offer sports betting at its seven casinos around Florida as well as online and to license state pari-mutuels to take bets on different sports for a share of their income.

I’m excited to announce the signing of a new compact between the State of Florida and the Seminole Tribe of Florida, which will generate the state $2.5 billion in new revenue over the next five years and $6 billion through 2030. https://t.co/6za6I0TmFz pic.twitter.com/uLV1YmsRkl

In addition, the deal allows the tribe to add craps and roulette to the table games offering at its gambling establishments. Up until now, tribal casinos have only been offering blackjack.

Under the original compact between the Seminoles and the state, which was signed in 2010, the tribe was granted exclusive rights over blackjack in exchange for a portion of its annual revenue. When that first deal expired in 2015, the tribal leaders argued that the state had breached its provisions by allowing pari-mutuels to offer the so-called designated player games.

The contentious games, which according to the Seminoles played a lot like blackjack and thus violated their exclusivity over the game, were a sticking point in negotiations over a new deal over the past six years.

Pari-mutuels would now be allowed to continue to offer the games as long as their offering is constrained to “their current footprint” with no future expansions.

How Would Sports Betting Be Taxed?

The new deal would finally bring sports betting to the third most populous state in the US. However, it should be noted that the compact needs approval from the state Senate and House and the US Department of the Interior.

The two chambers of Florida’s Legislature will consider the agreement at a special session that is set to kick off on May 17. Gov. DeSantis said Friday that he expects legal sports betting to be up and running by the summer.

Under the terms of the compact, the Seminole Tribe would have to pay at least $500 million a year over the next five years to the state in exchange for the right to expand its table games offering. In addition, the tribe’s revenue from sports betting would be taxed at 13.75%.

State pari-mutuels would keep 60% of their wagering revenue and pay the remaining 40% to the tribe. The Seminoles would share with the state 10% of the revenue generated by pari-mutuels.

And while the new compact has been received as great news by many, sports betting Attorney Daniel Wallach warned that the initial enthusiasm might be premature as “there will undoubtedly be litigation” over the legalization of the practice and that there is a “relatively high likelihood that this sports betting framework will be overturned by federal court.”

According to him, there is a serious risk for sports betting in the state, even though bets would be taken on servers located on tribal land. Under a constitutional amendment that Florida voters passed in the fall of 2018, any casino game expansion requires a statewide referendum.

Gov. DeSantis said Friday that “both the tribe and the state will be vigorously defending the agreement”, if it is challenged in court.