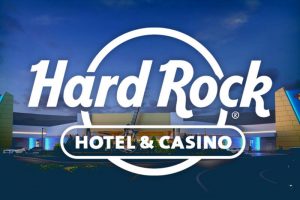 The parent company of Hard Rock Casino Northern Indiana in Gary is working to ensure that its shareholders are compliant with the Hoosier State’s recently adopted investor integrity rules before the state gambling regulator meets later this month to consider the renewal of the gaming venue’s license.

Hard Rock Casino opened doors exactly a month ago. The property cost $300 million to build and features a gaming floor with slot machines and table games, a Hard Rock Cafe and several other food and beverage facilities, and a Hard Rock Live concert venue, among other amenities.

The property is owned by Spectacle Entertainment and operated by gaming and hospitality powerhouse Hard Rock International.

Spectacle CEO Jahnae Erpenbach sent a letter to all investors in the company’s Gary casino to ask them if they would submit a comprehensive financial and background information report that is required under the new emergency rule the Indiana Gaming Commission adopted in March.

In her letter, Ms. Erpenbach said that any Spectacle investor, direct or indirect, who fails to submit the required information and apply for a Level 1 occupational license with the state gambling regulator by June 21 will have their shares automatically repurchased by the casino operator, as per the new rule.

Spectacle will repurchase the shares at either their current market price or their original purchase price, whichever of the two is lower.

Seven Spectacle shareholders are challenging the newly adopted rule in an Indianapolis court. It is unknown how many of them have responded to Ms. Erpenbach’s letter and her request to promptly tell Spectacle whether they would apply for a private casino investor license.

However, it is understood that at least one of these investors, Windy City H&C Investors LLC, has filed Ms. Erpenbach’s letter to a Marion County judge to further back its claim that Spectacle and the Indiana gaming watchdog are trying to “squeeze minority investors” out of the state’s casino industry.

Windy City is led by insurance agent Dave Shepherd who said he would not submit his financial and background information to the Gaming Commission because it would take up to 100 hours to complete all the required forms and he believes this is unnecessary as he has no direct involvement in Hard Rock Casino’s gaming operations.

Marion County Superior Judge John Chavis heard arguments from Spectacle shareholders on May 14, the day the Gary casino had its grand opening, and said that he would rule on the matter on June 4. However, the judge recently gave permission to additional documents to be presented to the court and indicated that he would delay his ruling on the case until after June 24 when gaming commissioners are expected to consider the renewal of Hard Rock Casino’s license.

A gambling venue cannot operate in the Indiana market without a proper license.

The Gaming Commission said that without its emergency rule, the public’s confidence and trust in the local casino industry may suffer further injury. In relation to the legal complaints against its mandate, the regulator told the court that since early 2020, the state gaming sector has been “the subject of widely reported derogatory information concerning entities in which these plaintiffs hold ownership.”

The regulator further noted that any investor’s refusal to provide the necessary information for licensure “creates a blind spot in the commission’s ability to ascertain the nature of casino transactions” the associations of casino owners, and the overall suitability to hold ownership interest.”

Hard Rock and Spectacle’s Gary casino and their soon-to-be-developed venue in Terre Haute are the only two gaming properties in the state that are subject to the Commission’s investor integrity rule because they are owned by private companies. The license of the Terre Haute casino is too up for consideration by the Indiana gaming regulator.