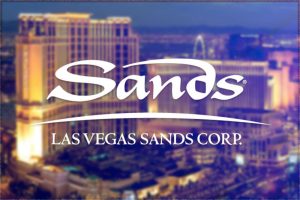 Casino powerhouse Las Vegas Sands is set to finally venture into online gambling after its former CEO and Chairman, late businessman Sheldon Adelson, for many years kept up strong opposition to digital casinos.

The company announced Monday that it plans to become a strategic investor in digital gaming technologies and that its primary focus would be on the business-to-business side of the industry.

As part of its newly launched effort, the casino operator is building a special digital gaming investment team. It has tapped Davis Catlin to lead the unit. Mr. Catlin joins from Virginia-based private equity firm Sands Capital Management (unrelated to Las Vegas Sands) where he spent 14 years and for the last decade led its investments in public and private online gambling companies.

Las Vegas Sands did not provide further details on its iGaming investment strategy and its goals. Company officials first indicated that they might start exploring the digital gaming and betting marketplace this past January.

As mentioned above, the casino operator’s newly revealed interest in online gambling represents a major shift from the managerial path followed by its former leader. Mr. Adelson died in January from complications related to treatment for non-Hodgkin’s lymphoma.

Commenting on their digital gaming strategy, Las Vegas Sands CEO and Chairman Robert Goldstein said that they are determined to grow the company’s leadership position within the gambling industry and that they are committed to doing that through strategic steps that best position it for future growth.

Mr. Goldstein went on to say that “digital gaming and other related offerings are still very much in the early stages of development, and we believe there is an outstanding opportunity for us to invest in the technologies being developed.”

The Las Vegas Sands chief further noted that they are confident their platform, expertise, and financial resources paired with the new investment team led by Mr. Catlin, “will provide meaningful opportunities to make investments that will generate significant long-term benefits for the company.”

He concluded that just as their integrated resorts in Las Vegas, Macau, and Singapore were not developed in a day, “by being patient and investing for the long-term”, they believe their future investments in digital gaming technology will “deliver significant returns for the company and its shareholders.”

It was in January again when reports surfaced that Las Vegas Sands was considering acquiring online gambling operator 888 Holdings. A deal has not occurred, though. And Monday’s announcement indicates that one would likely not take place as the casino operator is eyeing investment opportunities in the B2B segment of the digital gambling industry.