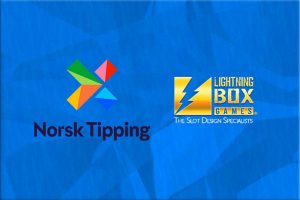 Australian online casino games maker Lightning Box has added a new market to the list of territories its content is available in as it looks to constantly grow its regulated presence.

The Sydney-based studio this week announced that it has recently celebrated its debut in Norway after penning a supply deal with Norsk Tipping, the Scandinavian nation’s gambling monopoly.

Lightning Box said that it has gone live in this new market via its long-time distribution partner SG Digital. Hit online slot Astro Cat was the first game produced by the studio to have been rolled out in the Norwegian market.

Norsk Tipping is the only entity authorized to provide gambling services, both retail and digital, in Norway. The operator is based in Hamar and is administered by the country’s Ministry of Culture. It offers a wide range of online slots, instant games, lottery products, and an online sportsbook, among other products.

As for its newest partner, Lightning Box, it was established in 2004 in Sydney by former Aristocrat and IGT game designers Peter Causley and David Little. The two brought more than fifty years of industry experience into their joint venture and that experience helped Lightning Box develop and deliver to the market a host of commercially successful casino games, including Lightning Horseman, Chicken Fox, Silver Lion, Dolphin God, and the above-mentioned Astro Cat.

Commenting on their latest announcement, Lightning Box co-founder and CEO Peter Causley said that they were pleased to be entering a new market and that they would make sure to fully comply with Norway’s strict limits on maximum stakes and wins on online slots.

Mr. Causley went on to say that Norsk Tipping, their new partner, has a preeminent position in the local online gambling space and that their alliance with the operator presents them with “some interesting opportunities to get in front of new players.”

According to the Lightning Box co-founder and chief, the alliance with the Norwegian gambling monopoly is also a testament to the universal popularity of the studio’s games and to the fact that it can make a smooth transition into a new market to go alongside the markets they already supply their products in across Europe and North America.

Norsk Tipping is the latest major operator the Aussie game developer has recently joined forces with. Earlier this month, it announced that it has teamed up with online casino and sports betting powerhouse Betway to supply it with its products.

In March, Lightning Box strengthened its UK presence with a 32Red supply deal and its Michigan footprint with a TwinSpires launch.

Mohegan Gaming & Entertainment’s new CEO, Ray Pineault, was recommended for licensing by the Nevada Gaming Control Board on Wednesday, …