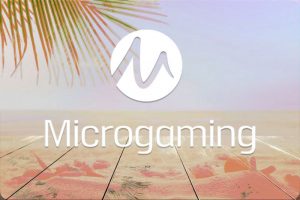 Microgaming is all ready for the summer with a vibrant lineup of online casino games from its exclusive studio partners and third-party game makers that are set to be released throughout June.

First up was Divine Diamonds from Northern Lights Gaming which the studio rolled out on June 1 as its second exclusive release on the Microgaming platform. A glamorous online slot, Divine Diamonds is equipped with respins, free spins, and the EpicStrike mechanic that offers players the chance to win 2,000x their bet for nine Diamond symbols.

GONG Gaming Technologies unveiled South American adventure Maya U MAX on June 3 to join the roster of titles that feature the powerful U MAX symbol which enlarges the reels to create more opportunities for players to form winning combos, with up to 248,832 winways during free spins.

Just For The Win is taking players to Asgard with the planned June 8 launch of its Odin’s Riches online slot. The game features cluster pays, Rolling Reels, and a nice array of mini features allowing for players to win up to 5,000x their stake.

With Odin’s Riches, every cluster win generates a Wild symbol and contributes to filling up the bonus meter for that round. If the player gets on a winning streak and fills up any of the sections, they’ll unlock Odin’s mini features, including Wolf’s Hunger, Dragon’s Riches, Serpent’s Wisdom, and Raven’s Flight.

If the player fills the meter, seven Bonus Rounds are activated and a free mini feature is added to every spin. During base game, the player may also trigger Odin’s Wilds. Between four and nine Wild symbols appear randomly on the reels to increase the player’s chance of a win on a particular spin.

Temple of Medusa and Hyper Gold

On June 15, All41 Studios will present its version of the Medusa myth with the Temple of Medusa online slot. The game comes with a Lucky Prize Draw offering players the chance to win up to 5,000x the bet.

This new title inspired by the mighty Medusa also features spreading Wilds, where the titular character herself represents the Wild symbol that lands on reels two, three, and four to randomly spread Wilds to adjacent reels and increase the player’s chance to win.

If the Medusa spreads onto a Scatter, that symbol becomes a Wild Scatter and acts as both a Wild and a Scatter in the game. When the player lands three Scatters, they will be able to pick one of four Free Spins modes, including Mystery Free Spins that randomly awards five, 10, or 15 free spins and Wilds expanding in all directions.

On June 22, Gameburger Studios will roll out, Hyper Gold, the highly anticipated follow up to its January release Hyper Strike. The new game is packed with Jumbo Blocks, Win Booster technology, Microgaming’s very own Link&Win mechanic, and some more exciting features.

During Free Spins, Jumbo Blocks are activated providing players with the chance to win on every line every time a spin lands a full 3×3 Jumbo Block.

A New Mega Moolah Title and Some More

An avid slot player would know that Immortal Romance is probably the most popular Microgaming title. The game is now set to join the provider’s legendary Mega Moolah progressive jackpot network.

Immortal Romance Mega Moolah is set for June 24 release. Its jackpot wheel is triggered randomly during base game and offers the chance to scoop one of four jackpots – Mini, Minor, Major, and Mega, with the last one seeding at €1 million.

Last but not least, PearFiction Studios is rounding out the month with the ice-cold Blazing Mammoth online slot. The game is set to be launched on June 30. The game features Microgaming’s EpicStrike mechanic where players can win up to 2,000x the stake by collecting Mammoth symbols whenever they hop onto the reels during both base game and free spins.

Landing three or more Mammoth symbols awards a cash prize, and the more symbols the player lands, the bigger their prize. The player also gets the chance to spin the Free Spin Wheels which awards between 10 and 30 free spins and either a 2x or 3x multiplier.