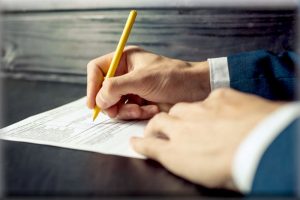 A plan for the development of Papua New Guinea’s first casino in the nation’s capital Port Moresby has sparked concerns about the social impact a gambling venue of a larger scale would have.

News about the potential construction of a multi-million Las Vegas-style gaming facility immediately drew condemnation from Transparency International and other gambling critics.

Peter Aitsi, Transparency International PNG board chair, said recently that “global experience with casinos suggests an increased likelihood of money laundering and undue political influence where the regulator is weak or compromised.”

He further noted that the NGCB is the “referee responsible for applying the rules of the game” and should not “be running around as a player on the field.” Mr Aitsi and other critics of the casino project slammed the nation’s gambling regulator for seeking to be an investor in gaming ventures, which is not a standard practice anywhere in the world.

Paga Hill COO George Hallit defended their project, saying a casino would generate thousands of new direct and indirect jobs. He further noted that their property, which will also include a hotel, shopping malls, and cinemas, among other amenities, would attract international tourists, pointing out that at present only about a third of all visits to the nation are tourism related.

While a casino could indeed encourage new tourism and produce new revenues, the Institute of National Affairs, an independent thinktank, expressed concerns that PNG does not have the welfare or legal infrastructure to cope with expanded gambling and the problems that are often associated with new gambling options.

Paul Barker, executive director of the institute, said that the introduction of slot machines in the country had already had a considerable social impact with many becoming so “hooked” that they have been “squandering their limited incomes in the hope of many a win.”

According to Mr. Barker, casinos take these issues to a higher level. He pointed to Australia, which in his words has the “toughest rules and capacity to manage their gambling industry” and “strong education and social welfare system” and yet it records the highest rates of gambling addiction in the world.

Mr. Barker elaborated further that PNG certainly does not have the “laws, penalties, governance, education or welfare capacity” of Australia and already has some very serious law and order issues to combat. According to him, a casino would worsen the situation.

The indie thinktank executive also criticized the NGCB for looking to involve itself in gambling endeavors as an investor, which he said is “wholly improper.”