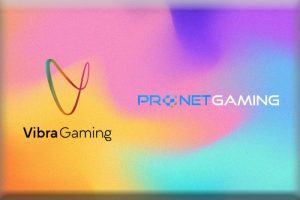 Veteran provider of solutions for the online casino and sports betting sectors Pronet Gaming has enhanced its Latin America-focused offering by teaming up with innovative games maker Vibra Gaming.

Under the terms of the recently signed deal, Vibra will integrate a selection of its online casino titles designed specifically to appeal to LatAm players onto Pronet’s fully customisable iGaming platform. The agreement covers both original and licensed content from Vibra’s library of products.

Vibra offers a comprehensive range of online slot and video bingo titles that blend traditional player preferences with modern game dynamics. It also has a collection of classic Brazilian games that transport land-based player favorites into the digital realm.

In addition, Vibra holds the rights to international hit brands such as Popeye The Sailor and The Phantom together with locally popular names such as Condorito and “El Potro” Rodrigo.

This latest integration further bolsters Pronet’s offering in the LatAm region as the company continues to expand rapidly, with a continued strong focus on emerging markets.

It should also be noted that the new alliance between Pronet and Vibra is the latest of a series of major LatAm-focused announcements in recent weeks. In similar fashion, the likes of Pragmatic Play, Booongo, and Kalamba Games, among others, have recently strengthened their presence in the region through partnerships with local companies.

Commenting on their supply deal with Vibra, Pronet CCO Bobby Longhurst said that Latin America is a key region for them and that to sign a partnership with a games creator boasting a portfolio as strong as Vibra’s “is a major boost for our casino catalog in the region.”

Mr. Longhurst added that they are particularly impressed with their partner’s “innovative approach to video bingos and slots” as well as with its “smart use of licensed content with localized appeal.” The official also noted that they are confident Vibra’s games will help their clients ramp up player engagement in the LatAm region.

Vibra CEO Ramiro Atucha added that they have been working for many years to develop content for Latin American markets and that they consider this recent partnership to be an “essential milestone.” Mr. Atucha went on that Pronet’s distribution experience will open a big path for his company and that their content will help their new partner “grow in these latitudes even more.”

Founded in 1996, Pronet offers an online casino platform that features more than 6,000 online slots from the industry’s top providers. The company has recently expanded its commercial operations to sharpen its focus on emerging markets in Africa, Latin America, and Asia. Pronet has offices in London, Johannesburg, and Singapore and development centers in Ukraine, Bulgaria, and Malta.