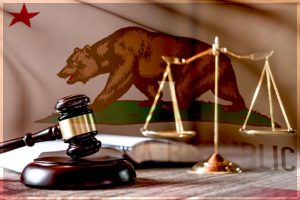 The plan was first introduced in 2003 by the North Fork Rancheria of Mono Indians. The tribe has been seeking authorization to build a casino off-reservation land. Nevada-based operator Red Rock Resorts joined the scheme in 2016.

Under the terms of its agreement with the North Fork tribe, Red Rock has agreed to build and manage the planned gambling venue in exchange for a 40% management fee on the property’s net income.

A California appellate court recently ruled that the results from a 2014 statewide ballot referendum precluded the state’s Governor from signing a gambling compact with North Fork. However, this new ruling clashes with a decision by the California Supreme Court that was issued in the summer of 2020 to give the project the go-ahead.

The earlier ruling allowed Gov. Gavin Newsom to accept a US Interior Department decision that permitted North Fork to build its proposed casino on 305 acres of off-reservation land in the town of Madera, just off Highway 99.

Red Rock said last month that construction on the property was planned to kick off in late June or the first days of July. The budget for the project is estimated at between $350 million and $400 million and development is expected to take between 15 and 18 months.

Commenting on the appellate court decision, a spokesperson for North Fork tribal chairwoman Elaine Bethel-Fink said that the tribe and its development partner are “digesting this most recent ruling” and that they will provide “a more comprehensive statement when we have had the chance to discern the implications of this decision and the appropriate next steps.”

Red Rock has not commented on the matter.

North Fork’s has faced many obstacles over the years, the most notable of which was the above-mentioned 2014 statewide referendum. Its casino proposal was defeated by 61% to 39%. The Supreme Court last August allowed plans for the casino design, financing, and construction to move forward.

However, despite that decision, the appellate court agreed with arguments raised by plaintiffs that the 2014 vote prevented then California Governor Jerry Brown from signing a land-into-trust agreement with the North Fork tribe.

The appellate court case was brought by anti-gaming groups who have been over the years contesting various elements of the compact.

If Red Rock gets to build its resort, it would feature 100,000 square feet of gaming space with 2,000 slot machines and 40 table games, a 200-room hotel, two restaurants, and a food hall.