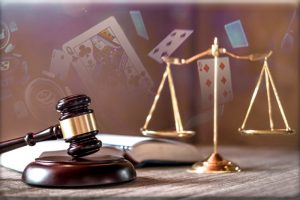 A House Bill calling for a local referendum on a proposed casino in the Louisiana City of Slidell has cleared its first Senate hurdle after it was passed out of the House of Representatives earlier this month.

If it succeeds, the measure would authorize an October vote in St. Tammany Parish, which includes Slidell, on whether a 1996 ban on casino gambling in the area should be reversed.

And if that long-standing ban gets annulled, a Los Angeles-based developer would be able to build a $250 million casino at Interstate 10’s Exit 261, just outside Slidell and along Lake Pontchartrain.

HB 702 is sponsored by Rep. Mary DuBuisson. Earlier in May, the piece of legislation moved out of the full House floor after a 63-28 vote. Rep. DuBuisson won 10 more votes than she needed in the 105-member lower chamber of the state Legislature.

On Tuesday, the Senate Judiciary B Committee voted 4-3 to approve the bill. It is now headed toward the Senate Finance Committee where it would need to be approved to eventually appear before the full Senate floor.

The Finance Committee might turn into the measure’s biggest roadblock as a twin Senate Bill by Sen. Sharon Hewitt stalled before that committee late last month and has been unable to move to the Senate floor since then.

The Tuesday vote on HB 702 did not go as smooth as its supporters might have wished. A St. Tammany Parish resident questioned the integrity of the process, pointing to the fact that the wife of Judiciary B Committee chair Sen. Gary Smith is one of the lobbyists hired to promote the benefits of the proposed $250 million casino complex in Slidell.

Last month, Sen. Smith voted in favor of the Senate version of the effort to break a 3-3 tie in the Judiciary B Committee.

Responding to the St. Tammany Parish resident’s comments, the Senator said that his wife has a separate career and that he has been consistently voting on gambling matters for the past two decades and way before he met his spouse.

Rep. DuBuisson has repeatedly pointed out that she supports the effort because it would generate new jobs and tax revenues for the area. Other supporters argue that a gambling venue in Slidell will stop state residents from traveling to properties in neighboring Mississippi.

However, religious groups are opposing the twin casino bills, arguing that expanded gambling would result in an unwanted spike in problem gambling and various social ills.

Peninsula Pacific Entertainment, which currently owns a closed riverboat casino in Bossier City, is the developer behind the $250 million Slidell proposal. The company owns properties in New York and was recently picked along with its partner Urban One to build a $600 million casino in the Virginia City of Richmond.

Source: Slidell casino advances to next step, but not before this senator’s vote for it raised questions, NOLA.com, May 25, 2021