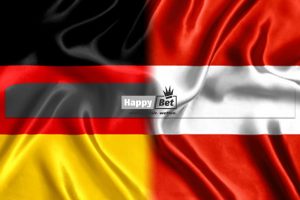 HappyBet is focused on providing B2C gambling services in Germany and Austria, where it runs more than 200 betting shops and deliver online products to local customers. The company’s annual turnover stands at approximately €20 million.

As part of the ongoing integration, HappyBet has returned to its original brand after operating as HpyBet for a short while.

With retail and digital operations, Snaitech is one of the leaders in the provision of gambling products in Italy. The operator joined the larger Playtech group in the summer of 2018, when the software powerhouse acquired the B2C business in an €850 million deal.

Aside from its domestic market, Snaitech is now set to expand its footprint across two other major jurisdictions via the HappyBet integration. Commenting on the move, Fabio Schiavolin, CEO of the Italy-facing operator, said that it would help HappyBet accelerate its growth as Germany gears up preparations for the regulation of its gambling market.

Germany’s new gambling law is set to take effect in mid-2021 after years of bickering between stakeholders and failed attempts for the country to reorganize its sports betting and online casino and poker space.

Mr. Schiavolin said that HappyBet’s integration with Snaitech would provide the Germany-focused operator with access to more resources as it prepares for the country’s new regulatory regime. The brand would also be able to benefit from Snaitech’s massive experience in business development and technological infrastructure, the executive further noted.

Of how they plan to grow the HappyBet operation, Mr. Schiavolin said that they want to consolidate and expand its position in the lucrative digital market and that they will also work on “gaining market shares in Germany and Austria.”

In addition, Snaitech plans to bring its experience in Italy’s retail and Internet betting fields. Italy is one of the largest regulated gambling markets in Europe and in the world and, as such, also ranks among the most competitive ones.

When Germany reorganizes its space in just a couple of months, it would too become a giant regulated space with big potential for growth for locally licensed operators.

Of the ongoing integration, HappyBet Germany Managing Director Michael Lessig said that he is confident the move would aid the brand’s growth prospects and that they are pleased to be working with the Snaitech team on this.

Mr. Lessig went on to say that HappyBet and Snaitech share the enthusiasm and desire to establish themselves as one of the top providers of B2C gambling services with a German license and “to enter new market segments as part of the new regulation in 2021.”

Back in October 2020, HappyBet was one of the first operators to receive a license from German authorities to operate in the local market.